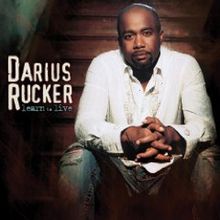 Learn to Live is the second solo studio album by American country artist, Darius Rucker. The album was released September 16, 2008 on Capitol Nashville Records and was produced by Frank Rogers. Learn to Live was Rucker’s first studio album marketed towards country music, and is also his first release since 2002 R&B release Back to Then. The album had spawned three number one singles on the Billboard country music chart: “Don’t Think I Don’t Think About It,” “It Won’t Be Like This for Long,” and “Alright.” Learn to Live is Rucker’s best-selling solo album to date, as it is the first, and so far, the only solo album of his to get to platinum.